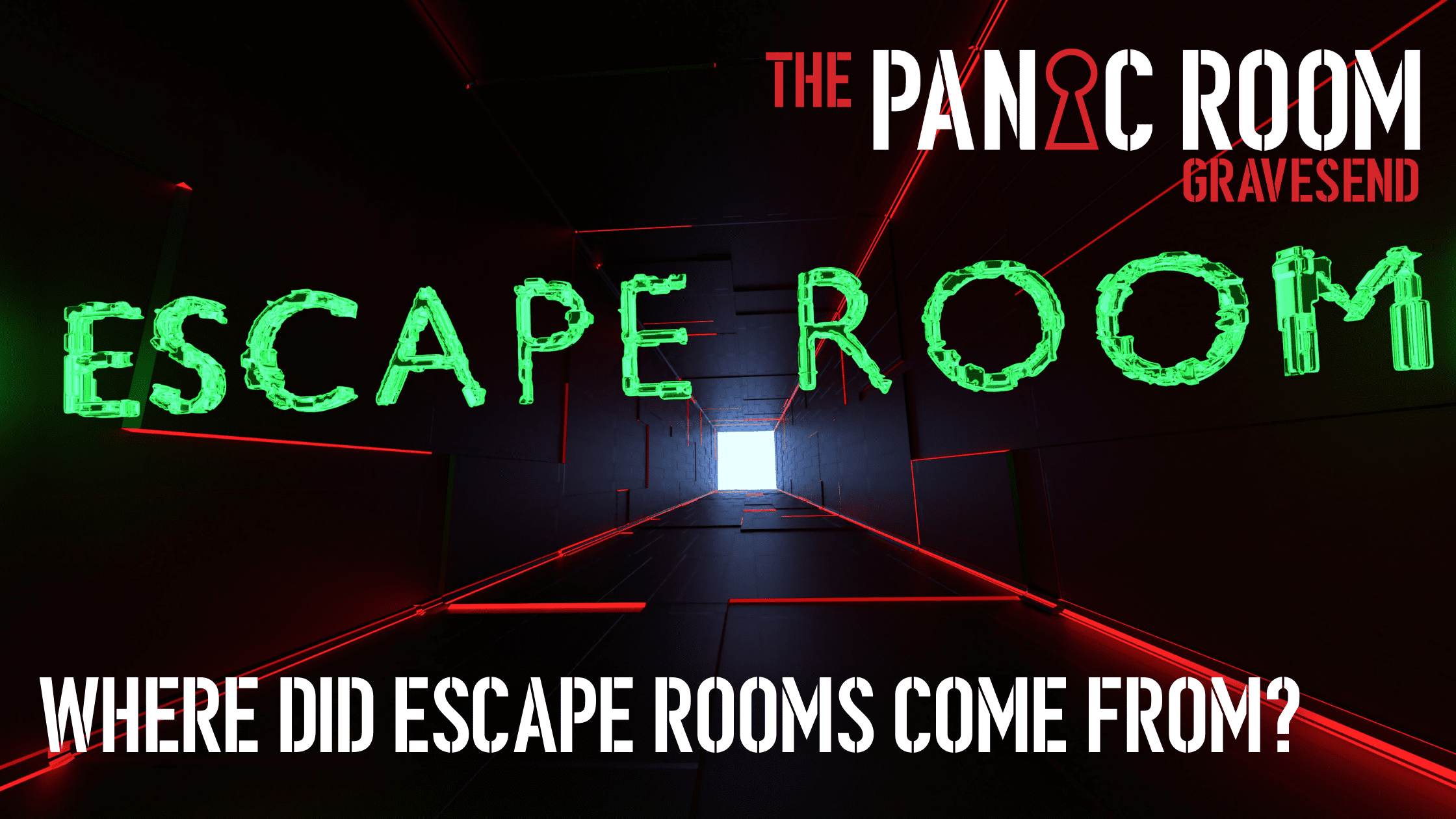 Escape rooms have become a popular entertainment activity in recent years, with hundreds of locations worldwide offering immersive and challenging puzzles for players to solve. But where did escape rooms come from? Here’s a brief history of how escape rooms started:

The first escape room is widely believed to have been created in Japan in 2007. Called “Real Escape Game,” it was created by a company called SCRAP and combined elements of video games, live action, and puzzles to create a unique and immersive experience. The concept quickly gained popularity in Japan and soon spread to other parts of Asia and Europe.

The first escape room in the United States was created in San Francisco in 2012. Since then, the popularity of escape rooms has exploded, with thousands of locations now offering a variety of themed rooms and challenges.

The first room in the UK was all the way back in 2014, the UK Escape Room scene quickly blew up and The Panic Room Gravesend ended up opening in January 2016.

Escape rooms are inspired by a variety of sources, including video games, board games, and live-action role-playing games. They typically involve a group of players being “locked” in a room or series of rooms and given a set amount of time to solve puzzles and clues in order to “escape” the room. The puzzles and clues are often theme-specific, with rooms based on historical events, horror movies, or popular culture.

Escape rooms have become a popular activity for friends, families, and corporate team-building events. They offer a unique and immersive experience that combines elements of problem-solving, teamwork, and creativity. If you haven’t tried an escape room yet, it’s definitely worth considering for your next outing. So, this is how escape rooms started and became popular.

Ready to book? Check out our booking page – Click Here