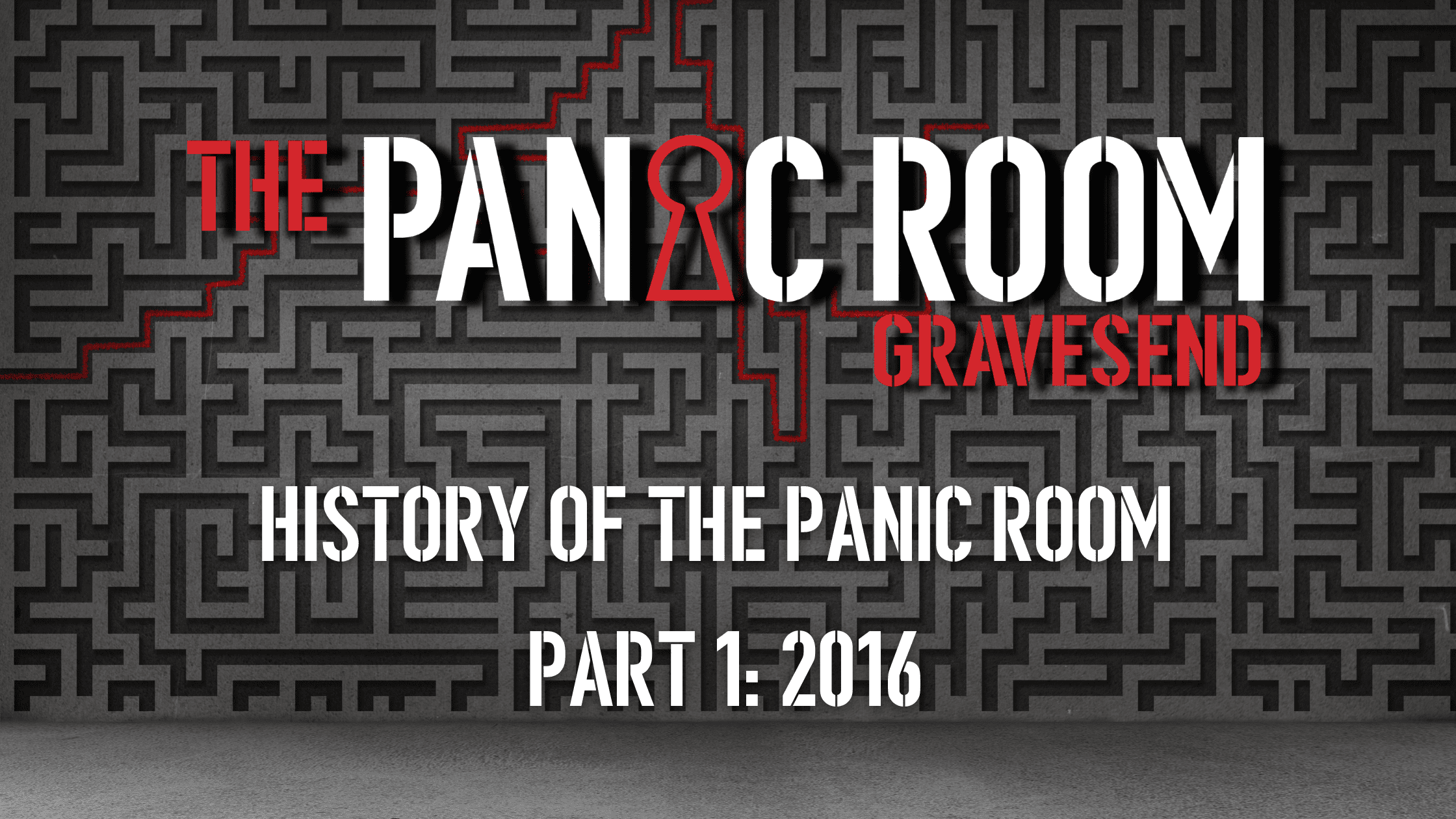 While on their honeymoon in the USA in August 2015 the pair discovered Escape Rooms for the very first time and instantly fell in love with the concept. They went from location to location playing more and more games had found a fun new activity for them to enjoy.

All was not sunshine and rainbows though, while on their honeymoon the company they both worked for went into liquidation and another company purchased and took over the business. The new bosses weren’t so friendly and made things very difficult for Alex & Monique including asking them to come home halfway through their honeymoon at their own cost!

Upon their return, things changed and they knew they had to make a new start somewhere else with their newfound love of Escape Rooms they had just the thing.

In October they made the decision to go for it, by November they had a room design ready and a location. Finally, on December 6th, 2016, The Panic Room welcomed customers for the very first time.

From here business boomed, still working their 9-5 they would race over to The Panic Room and get ready for the evening bookings as well as then working full weekends of games. This couldn’t last and with business picking up they made the choice to leave their now less than favorable job and plunge headfirst into this new beginning.

The first room that was opened was the self-titled escape room “The Panic Room”, then in March, the Lovecraft-inspired “The Witch House” was opened. Then the worst happened, despite assurances, the location they were operating their popup site from pulled the rug and gave them a month to leave.

With this, they had to think fast and with the help of a local estate agent, they managed to secure a building which they still have today at 7 Berkley Crescent. From there it’s where The Panic Room really started to go places and quickly opened up both of their first 2 rooms as well as started to develop new rooms.

With the amazing success of The Panic Room, Alex & Monique pushed harder and harder with making bigger and better rooms with their rapidly expanding knowledge. On the 4th June, they opened 2 rooms on the same weekend “The Don” and “Urgency”. A very stressful weekend having got to the finish line with both of these rooms and then running them all weekend made for a cocktail of chaos however the pair managed to pull through with the assistance of friends and family who held down the fort while they focussed on the games.

Shortly after this in July, room number 3 was opened! The Lab was a first for the UK being a 2 player only Escape Room experience, a compact space packed with puzzles that delighted over 1000 teams during its run.

While this was happening, Alex & Monique weren’t stopping and the next phases of their rapid expansion, rolling the dice and working all the hours they could.

Out of the blue, they were approached by a businessman over in Essex who had an entertainment centre that had spare space and wanted to come to a deal. Jumping at the opportunity they went for it and before long they created and installed updated versions of The Witch House and The Panic Room in what became…The Panic Room Harlow, Essex.

With a successful summer, it was time for even more expansion and excitement in Gravesend. Not satisfied with having just 3 rooms, the couple secured a second building across the room that would allow them to expand and be able to create all of the crazy ideas they had in their head.

With the new building secured, work began on 2 new rooms at once, a completely reworked version of the original “The Panic Room” and their first horror escape room “The Dollhouse“.

Capping on the first year, a passion project The Gilman Hotel was created. The first Escape Room they had made with a live actor element to it. It very quickly brought a lot of screams and a lot of rave reviews across the board.

…and with all that, the first year of The Panic Room came to a close.

You know a lot of the rest, but stay tuned for more behind-the-scenes info & history!