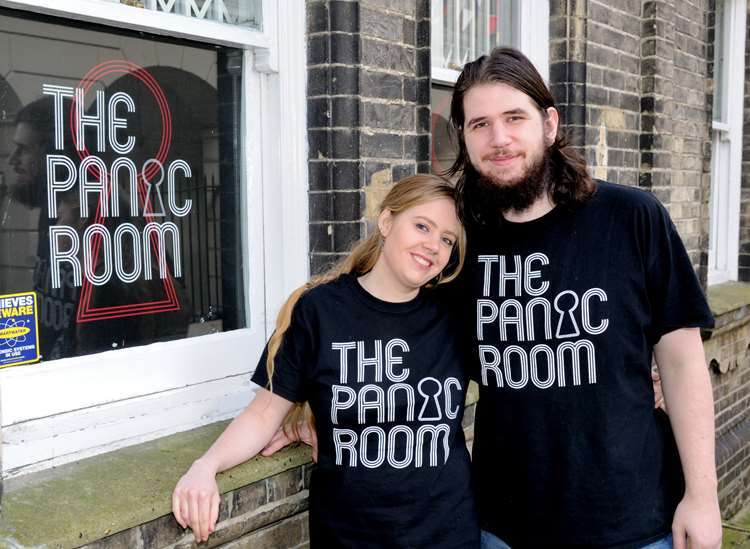 Over the last 7 years, The Panic Room have been nothing but creative and prolific in its creation and expansion which has led to a lot of rooms coming and going.

Some are still here to this day and soon rooms time just simply ran out.

So here is a handy list travelling through time of rooms and when they were released!

2017:
The Panic Room purchases a company closing down and takes on their room ENIGMA
January – ENIGMA in Harlow
February – The Tomb in Harlow

2018:
A new location opens inside the Gravesham Borough Market with an info desk and a new Escape Room based on local history
May – Secret Of Pocahontas
June – Revolution Ole
July – Resurgency & PRISON VAN
August – Wizard Of Oz

Then in September, The Panic Room bought a company that ran a mobile Escape Room experience from a van and from there The Sacrifice had its new home in Gravesend and across the UK

In March, due to COVID and in order to save the business Alex & Monique started an online store where they developed over 30 Online Escape Rooms and 20 Puzzle Books which ultimately is the reason why The Panic Room is still here today.

In September, owners Alex & Monique, as well as Rob, purchase the rooms from a company closing down in Niagara Falls, NY USA with 4 rooms! The rooms were re-opened and made better meaning The Panic Room could now be visited across 2 continents.

In December The Panic Room finally launched their Family Entertainment Centre which they had been working on a year-long, starting with 5 different activities to choose from including an Escape Room, Laser Tag Arena, High-tech Mini Golf, Augmented Reality Air Hockey as well as retro arcade games.